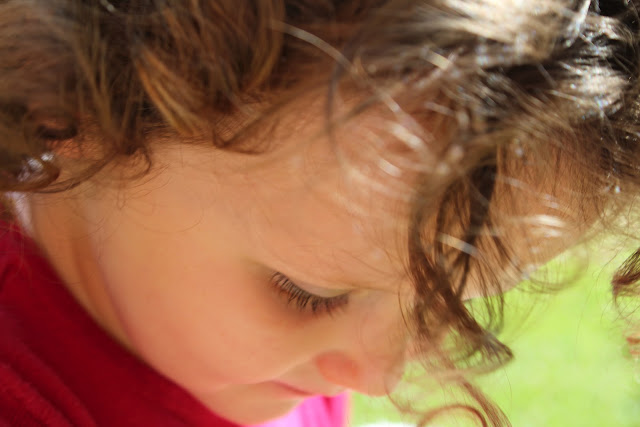 Pauline is one of our favourite French princesses.. 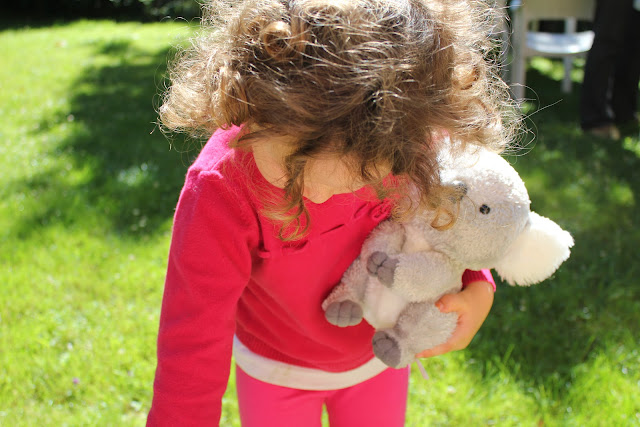 She may not like 'bits' in her yoghurt but Pauline sure does love her food.  It's an ambitious project, but I followed little Pauline around for a couple of days to carefully document her usual intake.


I must admit, as I was on holiday this weekend, Pauline was up much earlier than I so I missed breakfast with our little princess.  I've been told that her usual choices are cereal, crepes, fruit or little morsels of bread with jam.  She feeds herself and does enjoy a chat whilst she eats.


Lunch usually commences with a salad of some description like cucumber or delicious pieces of melon.  These were especially sweet and juicy. 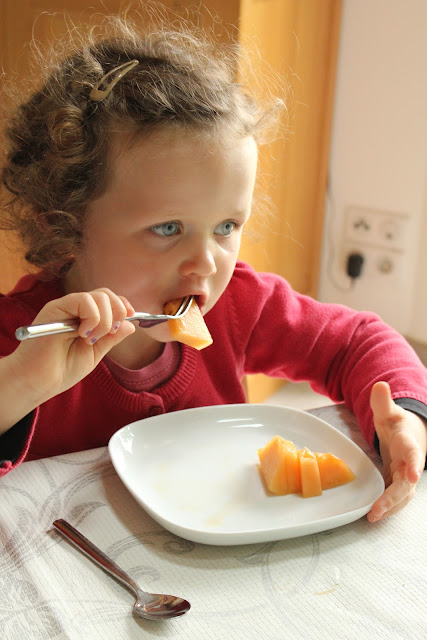 Pauline chatting away during her starter... 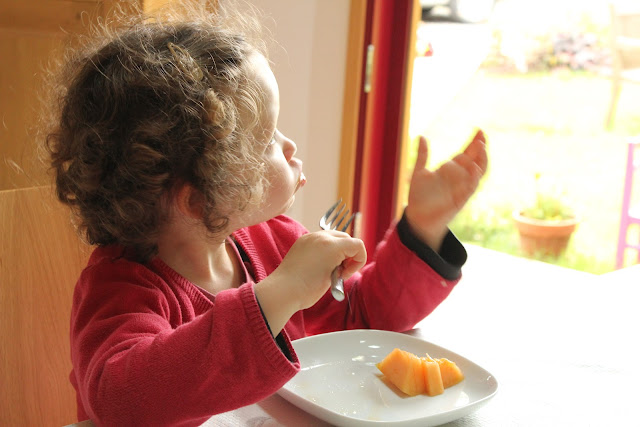 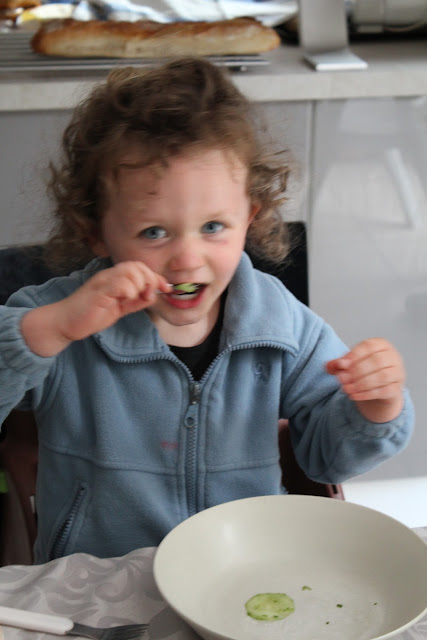 The main always consists of meat with vegetables.  This may or may not be accompanied by puree (potato), pasta or rice.  She's brilliant to feed and will happily eat her portion of vegetables such as spinach or a salad consisting of carrots, bell peppers, tomatoes or cucumber.
It really was a delight to see Pauline enjoying her greens so much.  She's a natural model and was more than happy for me to photograph her in exchange for chit chats whilst she ate her meal.  She really does love telling stories and is a bit of a chatter box, so she does benefit from a little bit of supervision to ensure that there is more 'eating' than 'story telling' at the dinner table. 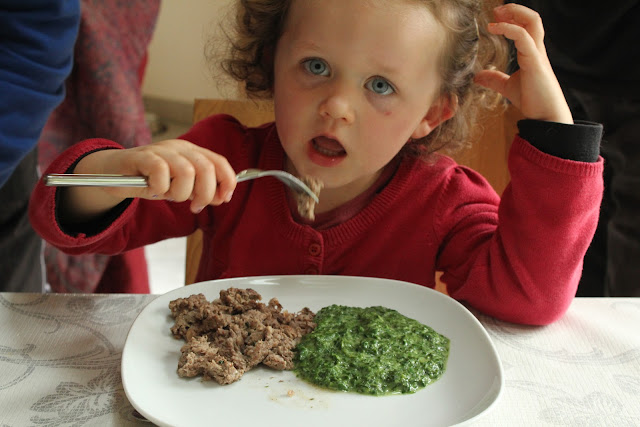 Let's verify that the spinach did make it in.. 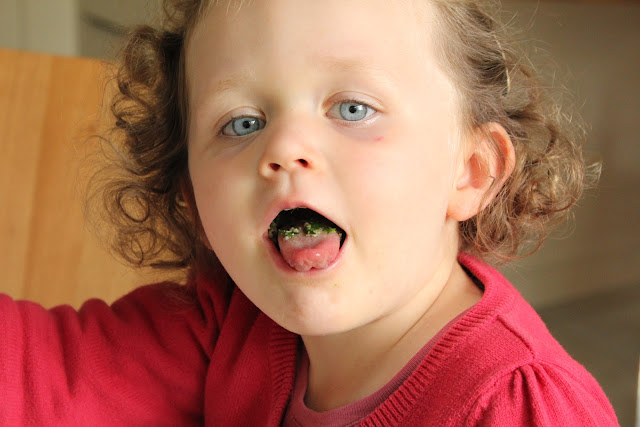 Yes I think it's safe to say that it has.  Isn't she a brilliant model? 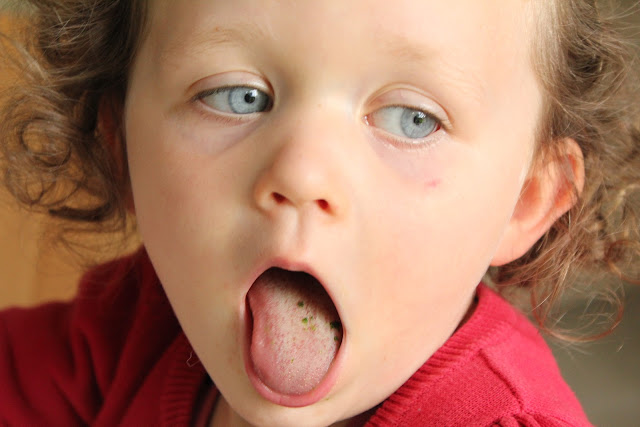 The meal is usually sealed with fruity yoghurt or a slice of fromage - two of her favourite things!
Speaking of favourite things, she does adore sweets.  Strawberry sweets are her favourite flavour (or so she tells me).  I must confess that I did offer her a couple whilst we worked on a puzzle.  She likes to take little bites at a time to savour each bite of her treat. 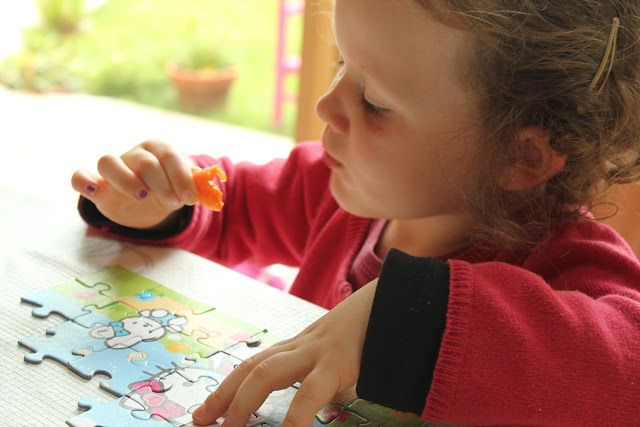 A short nap later, Pauline will be found zipping around in the garden in her chubby 'leg motored' wee car.  She will stop often for sips of water and a snack of bread with cheese or fruit.
The evening meal is very similar to lunch, consisting of meat with vegetables.  The meal is always followed by yoghurt, cheese or fruit as well as lots of play in the garden with her sister.  There's the trampoline (she thinks it's tram-pauline and named after her)! So no surprisingly she loves the 'tram-pauline' and her little car.  She's a very active little girl. 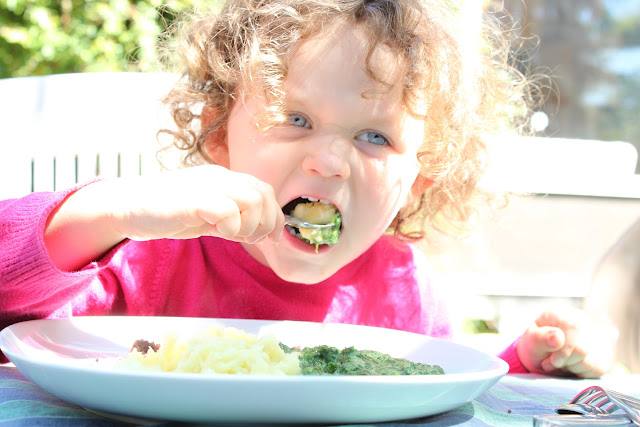 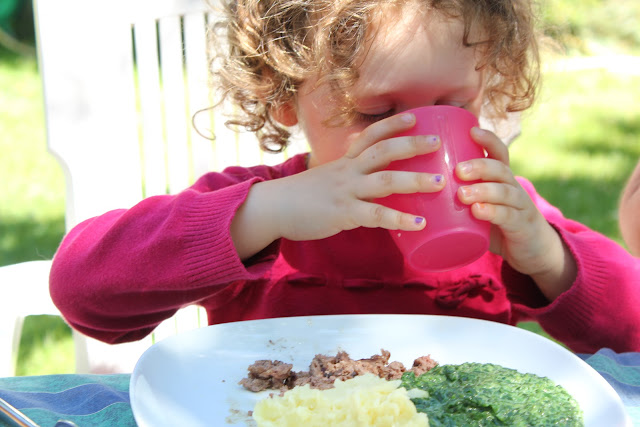 Thank you so much to princess Pauline and her parents for featuring on the blog.  It's so wonderful to know a little girl with such a fantastic appetite for food and life! 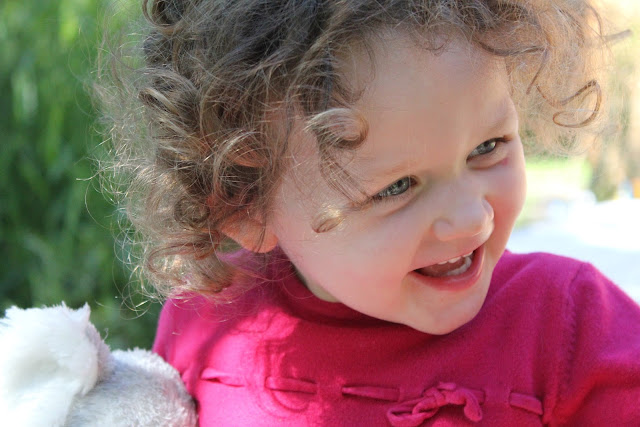