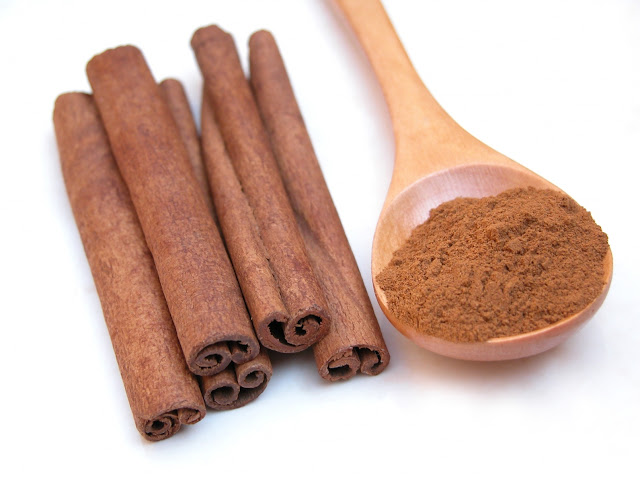 
Cinnamon is one of the oldest spices around.  Is there no end to its spicy story?  Its health benefits range from alleviating colds to symptoms of arthritis.  Mother Nature is truly wonderful for inventing this amazing spice.  It’s rich, sweet and pungent aroma is alluring in a morning mug of coffee or sprinkled over sticky buns freshly baked out of an oven.

It doesn’t just taste good either.  A recent article in Diabetic Medicine this month investigated the efficacy and safety of ‘true’ cinnamon or ‘Cinnamomum zeylancium’ in Diabetes.

A review in Clinical Nutrition in May this year confirmed that the positive effects of cinnamon in relation to glycaemic control in individuals with type 2 diabetes mellitus ‘looked promising’.


True cinnamon is native to Sri Lanka but is also grown in India and other parts of South East Asia.

If you get your hands on cinnamon from the Cinnamomum zeylanicum tree this is considered gold and is easier to grind into a powder.  It also has a light sweet flavour.

The supermarket brand versions of cinnamon are a darker bark and thick instead of being ‘layered’.  This is sourced from the Cinnamomum cassia tree.

Interestingly, cinnamon may play a positive role in cancer.  Eugenol is a compound that has antioxidant properties.  It is found in cinnamon and in other aromatic plants like basil, nutmeg and bay leaves.

Eugenol has been documented to induce ‘apoptosis’ or programmed cell death in cancerous cells such as melanoma, skin tumours, osteosarcoma, leukemia, gastric and mast cells.

How to get your daily dose of cinnamon

Try grinding cinnamon sticks and then sprinkle this cinnamon powder instead of chocolate into your morning mug of coffee.


A cup of cinnamon tea perhaps for a spicy change?

Try ¼ teaspoon of cinnamon alongside dried fruit in your breakfast cereal for stable blood sugars (we hope anyway).

Add 1/2 teaspoon of ground cinnamon into banana bread or other baking.  It does go wonderful with an apple pie.

What about adding ¼ teaspoon of cinnamon on rice pudding or an alternative sweet dessert?

Have you ever tried adding cinnamon sugar to a delicious bowl of fruit salad?

Cinnamon is wonderful in a curry, see my Chicken Curry Recipe.

It is also great in a breakfast smoothie when mixed in with honey.


Cinnamon toast is another spicy yet tasty start to your day, delicious.

Why not make your own anti-aging face mask by blending yoghurt, honey and cinnamon for a soothing and luxurious spa experience in your own home?

Does any one have other ideas for sneaking in cinnamon?  Do share, I love hearing from you!